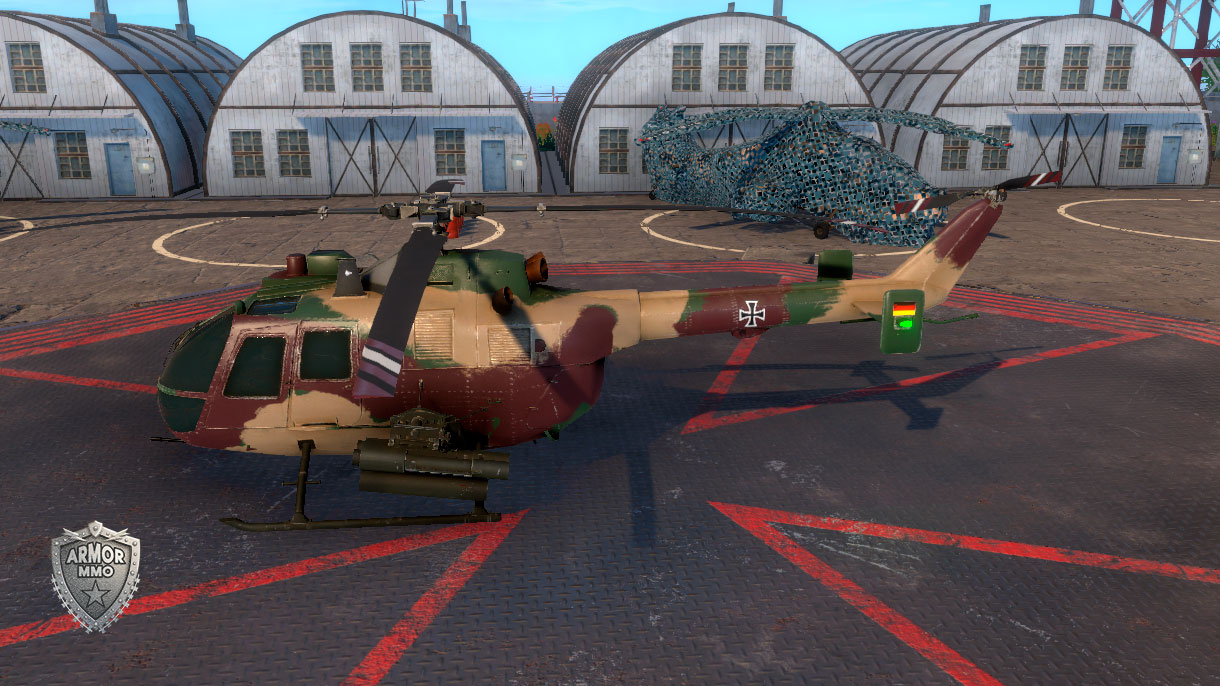 The Messerschmitt-Bölkow-Blohm Bo 105 is a light, twin-engine, multi-purpose helicopter developed by Bölkow of Ottobrunn, West Germany. It was the first light twin-engine helicopter in the world, and the first rotorcraft that could perform aerobatic maneuvers such as inverted loops. The Bo 105 features a revolutionary hingeless rotor system, a pioneering innovation in helicopters when it was introduced into service in 1970. Production of the Bo 105 began at the then-recently merged Messerschmitt-Bölkow-Blohm (MBB). 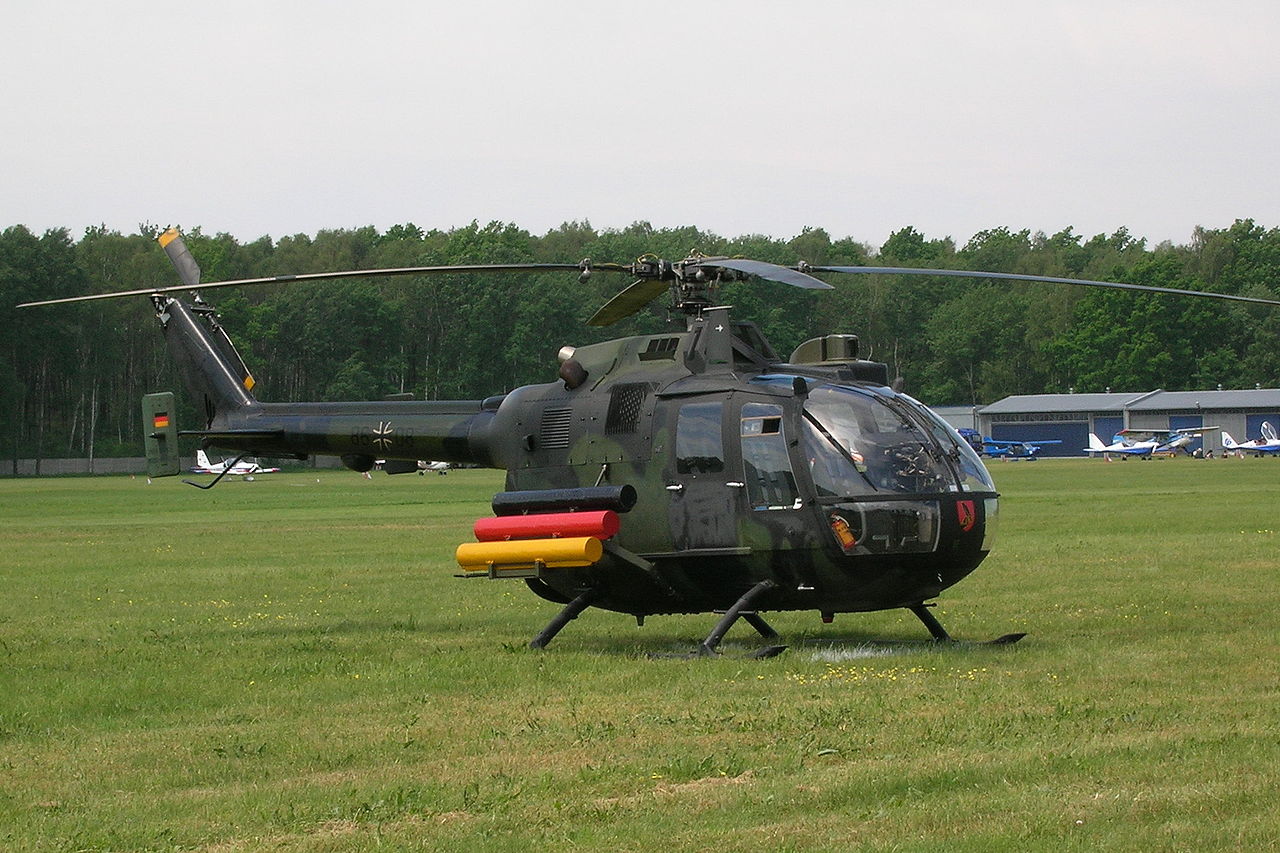 Copyright © 2005 Voytek S Bölkow Bo 105 during Góraszka Air Picnic 2005, Poland At the nose of the Bo-105 the coat of arms of the German Army Aviatiors School is seen. The helicopter is based at the Heeresflugplatz Celle (Celle Air Base). This file is licensed under the Creative Commons Attribution-Share Alike 3.0 Unported license.

In 1964, development work began at Bölkow upon the helicopter that would become the Bo 105, although work on the hingeless rotor it would use had begun earlier. On 16 February 1967, the second Bo 105A prototype conducted its maiden flight at Ottobrunn in Germany; the first public demonstration was held in May 1967. The test program was broken down into stages as the Bo 105 comprised a new airframe, new rotor system, and a new engine; thus the flying Bo 105 prototype was initially equipped with a main rotor from Westland Helicopter's Scout rotorcraft and a pair of Allison Model 250 turboshaft engines instead of their production counterparts. Sud Aviation worked with Bölkow on developing the rotorcraft; an Alouette II helicopter was modified with the Bo 105's rotor and used to test its performance envelope. The third Bo 105 prototype was equipped with the initial production standard MAN Turbo 6022 turboshaft engines; six pre-production Bo 105s were constructed for testing.

With its army designation "PAH-1" and "PAH-1A1" for the upgraded version (PAH=Panzerabwehrhubschrauber; 'Tank-defence helicopter'), is an anti-tank helicopter armed with wire-guided HOT ATGMs (HOT2 for the upgraded A1 version).[11] Following the arrival of the Eurocopter Tiger attack helicopter, some were retired while others disarmed and downgraded to the VBH version for continued service. 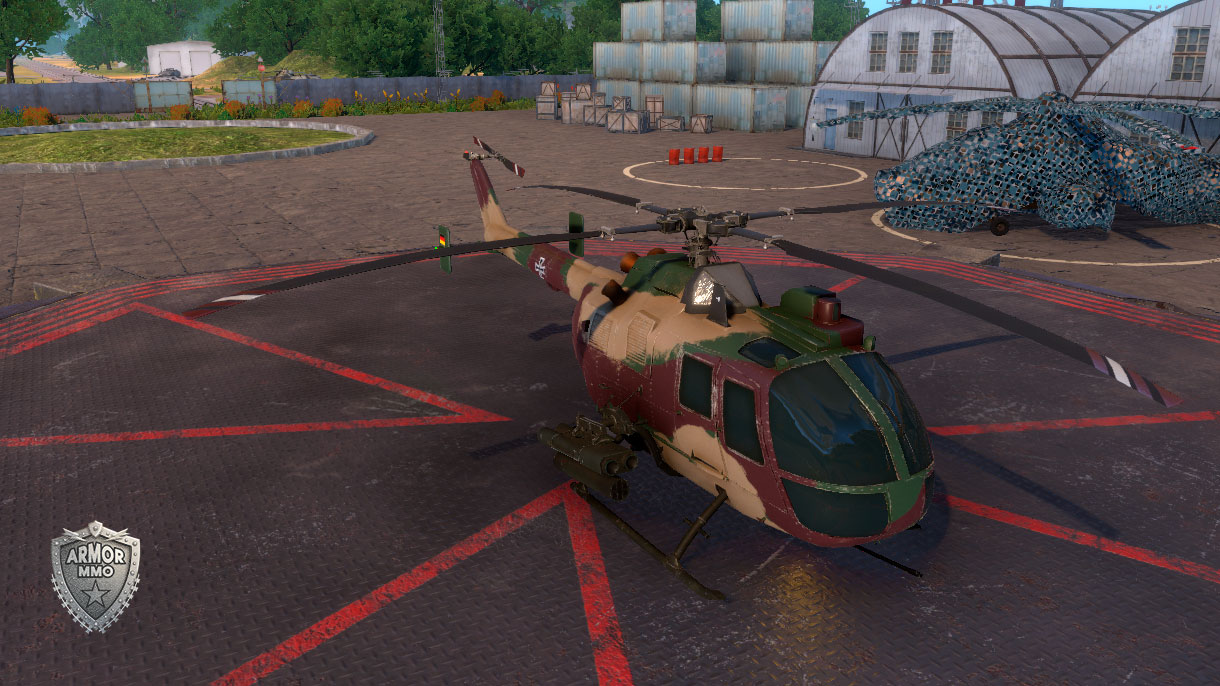 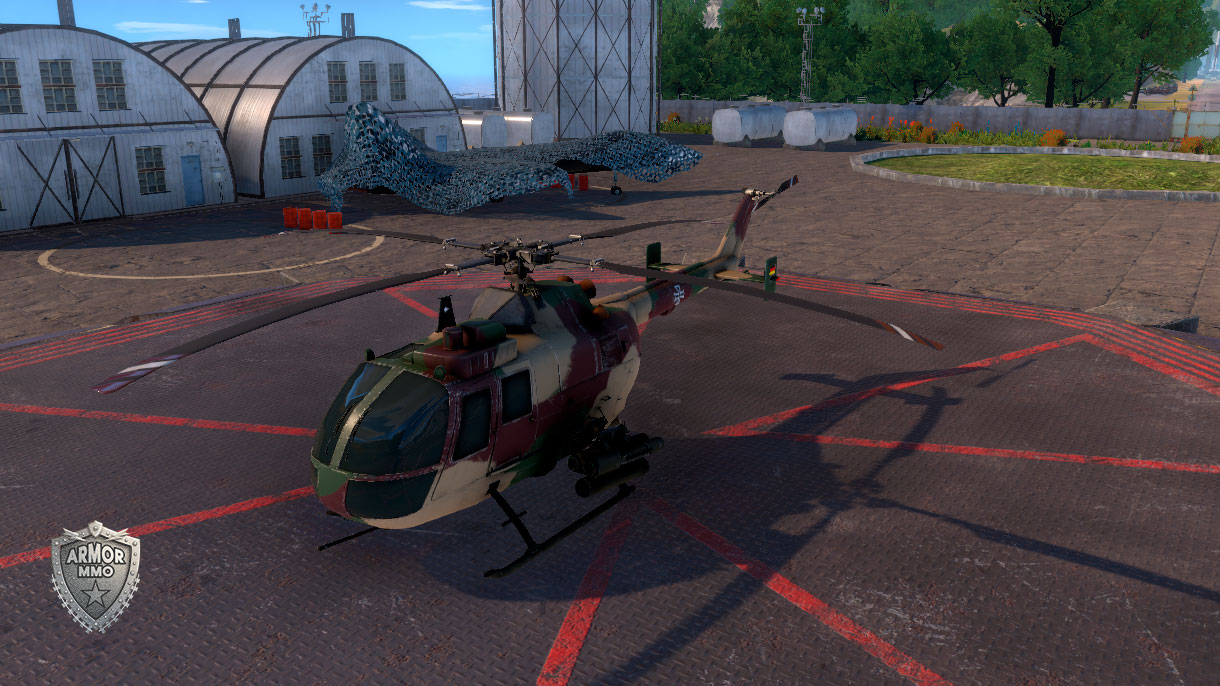 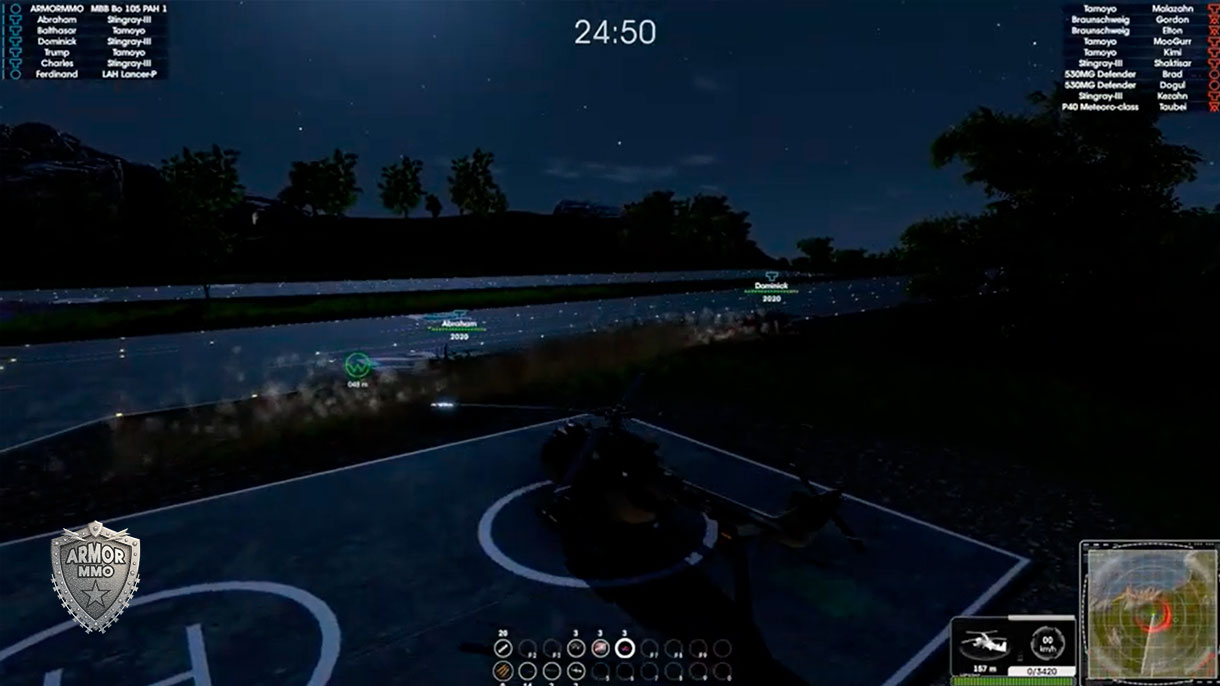 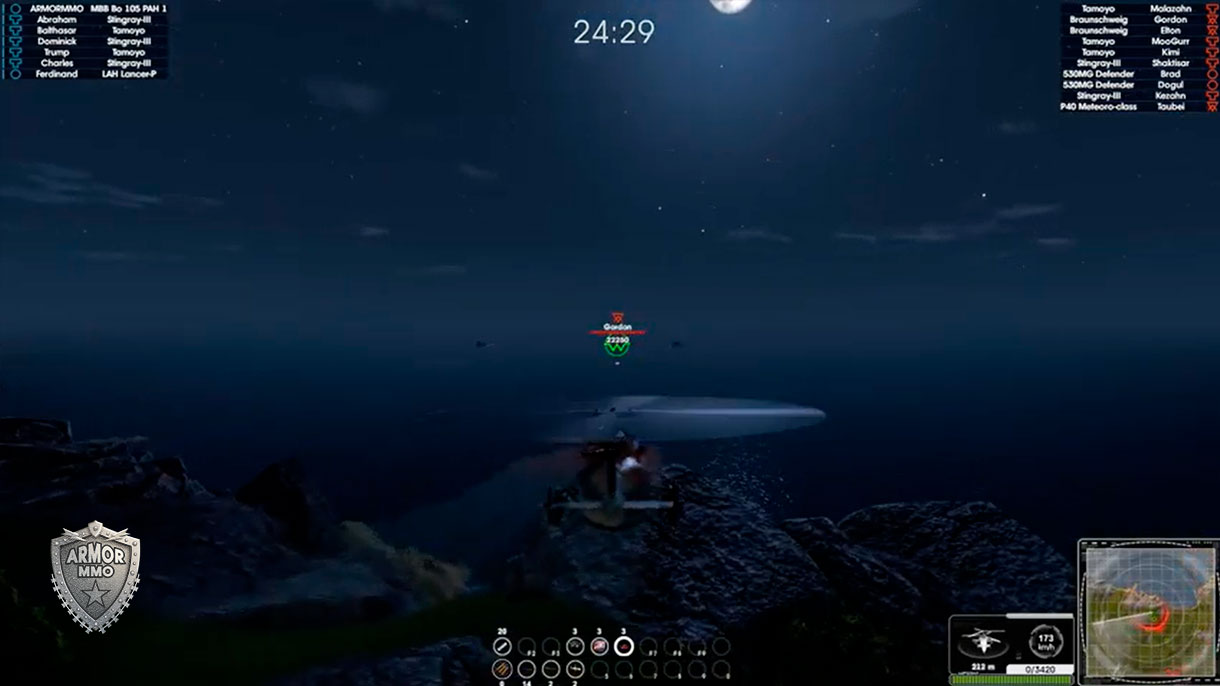 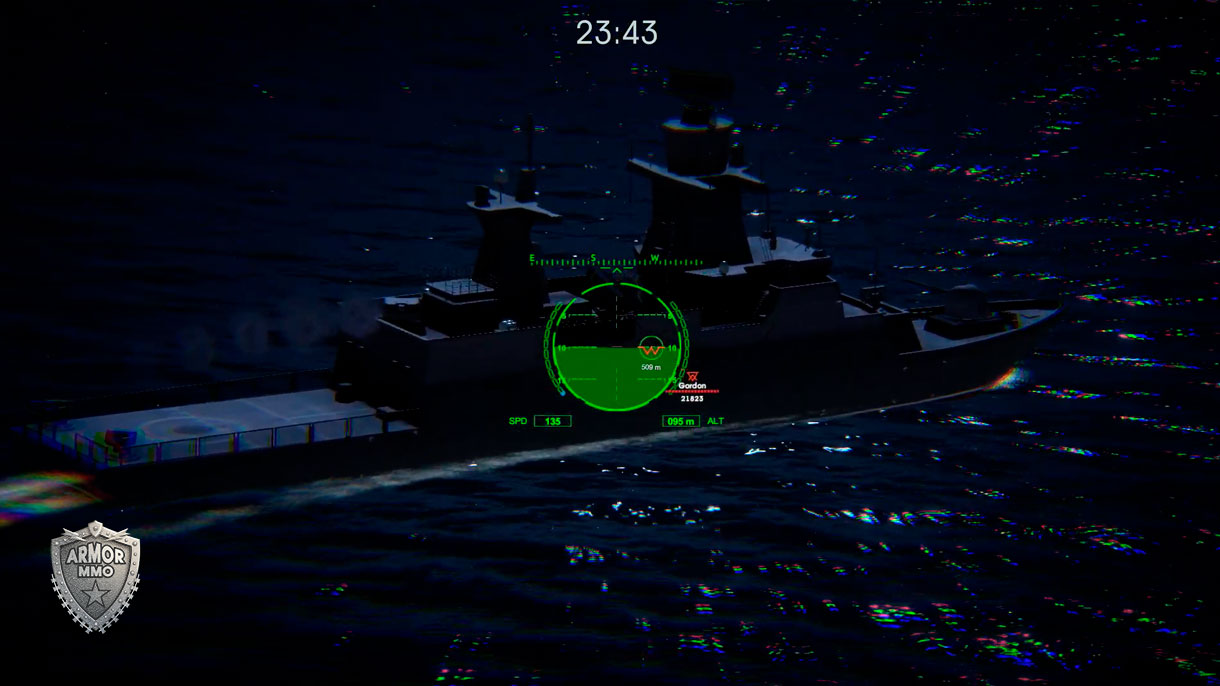 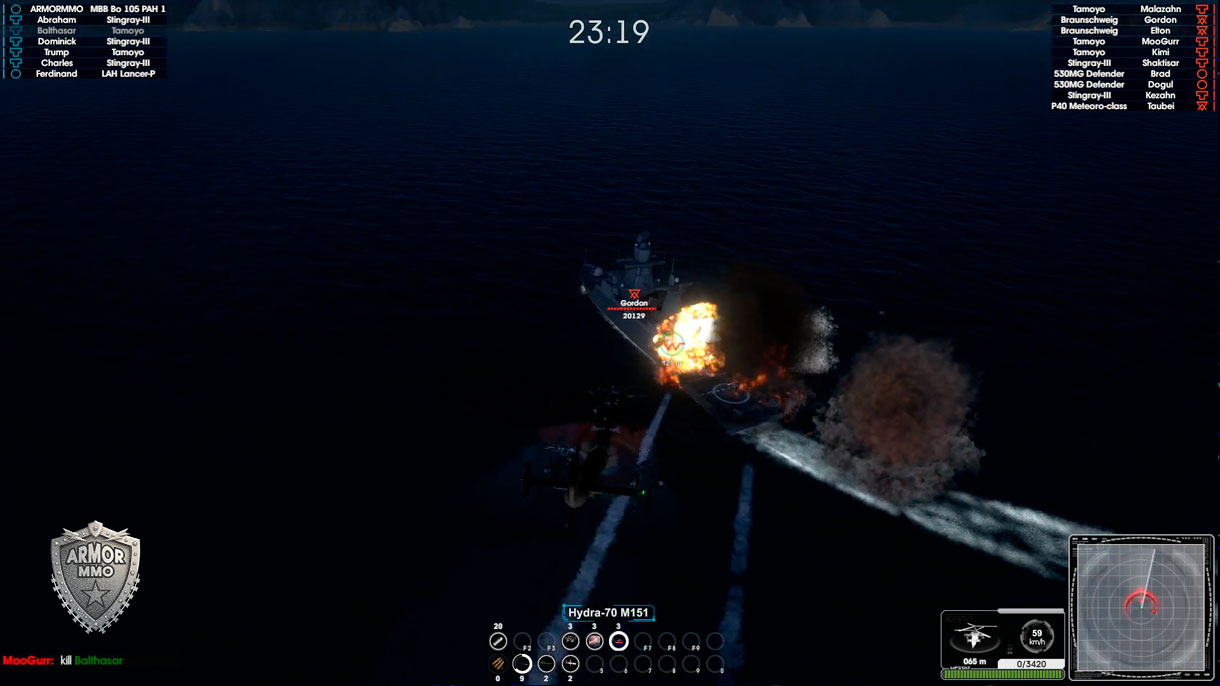 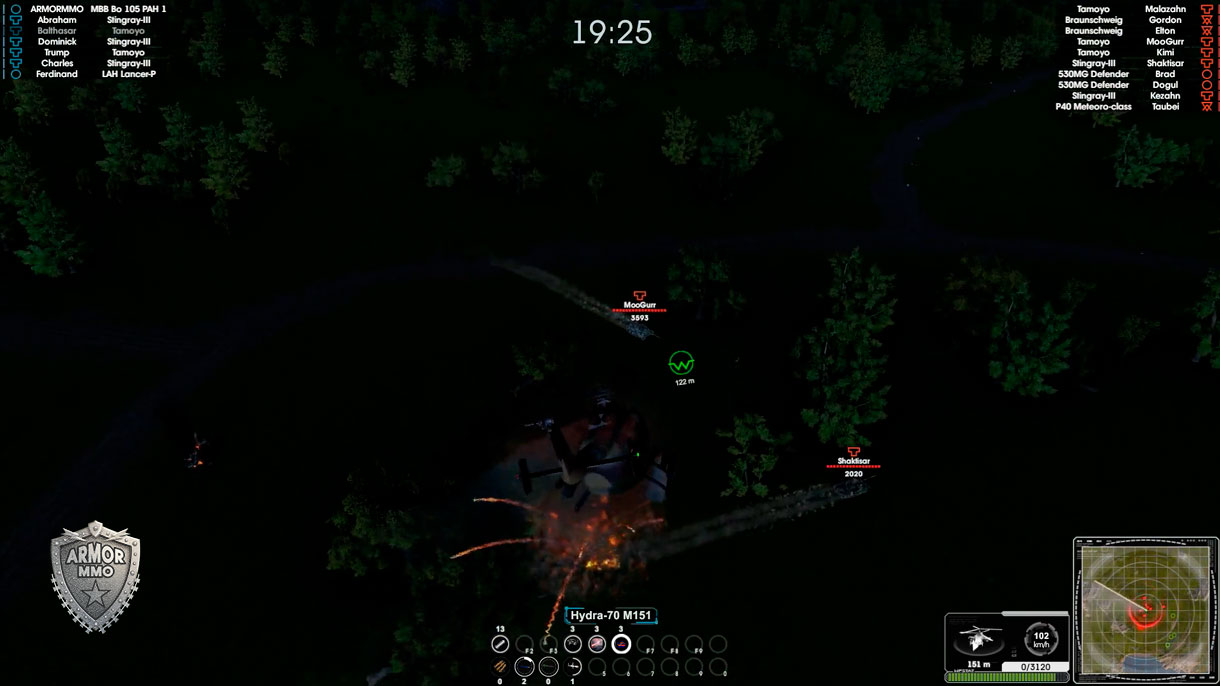 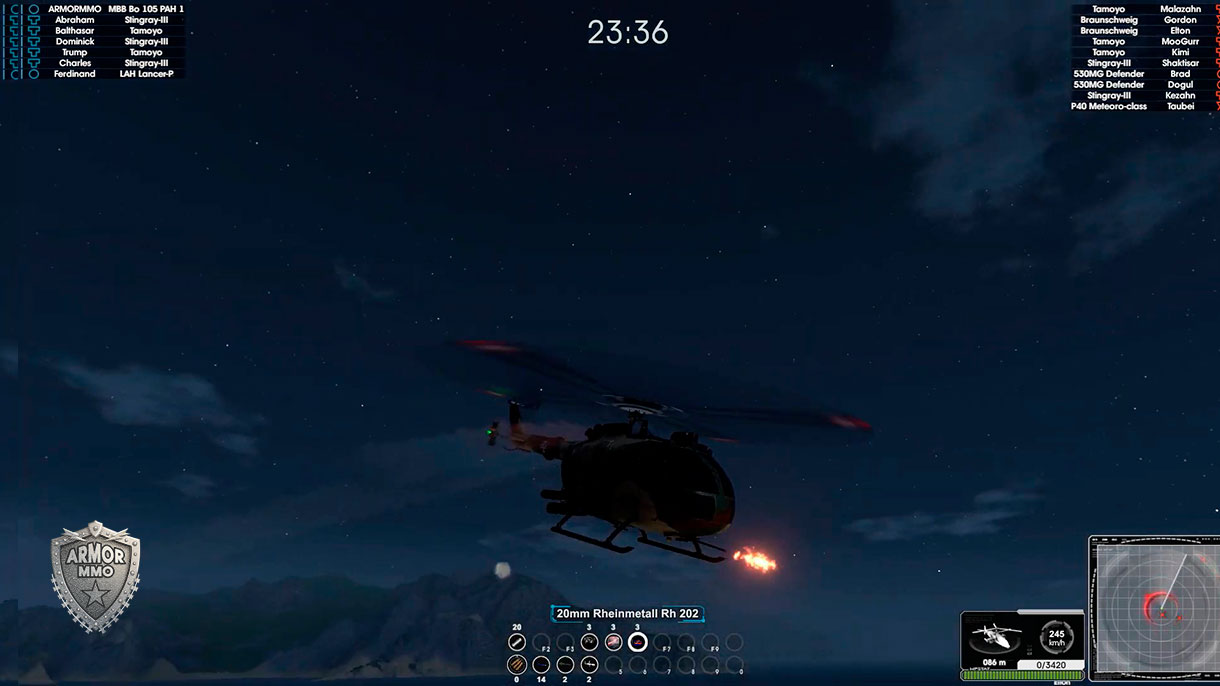