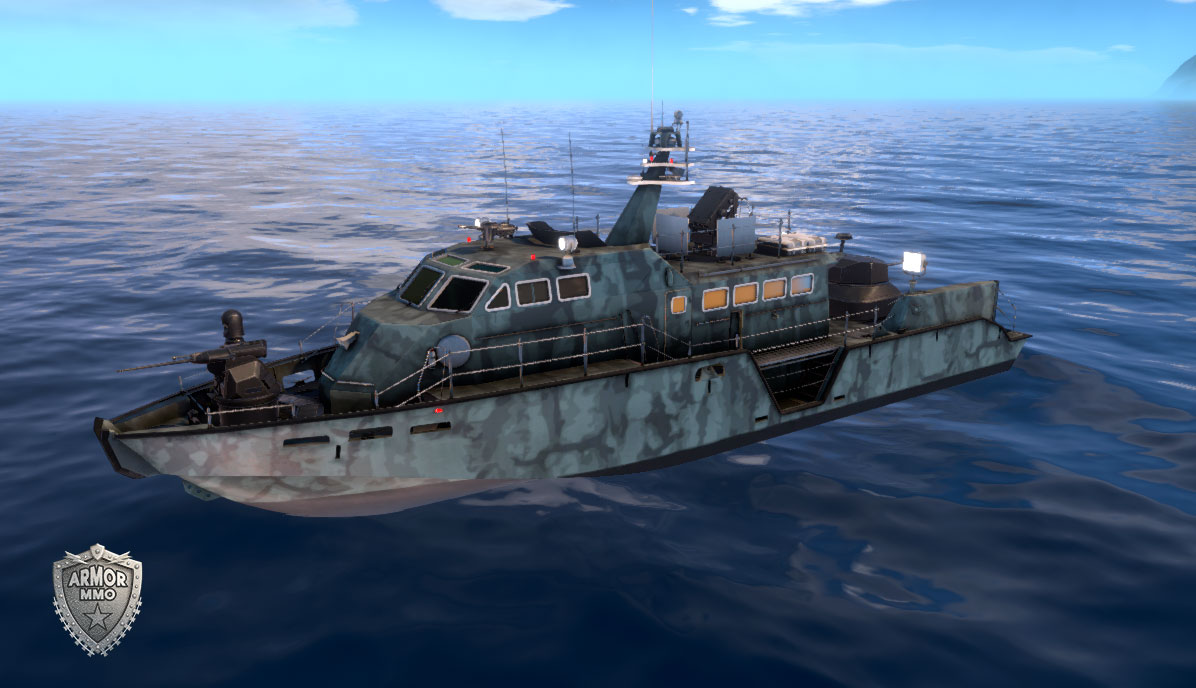 The Mark VI is a class of patrol boat in service with the United States Navy, designed to patrol riverine and littoral waters. The first two Mark VI boats were delivered to Coastal Riverine Group TWO in September 2015. Two boats were forward deployed to Bahrain in April 2016, with Coastal Riverine Squadron TWO being the first to operate the craft in the Persian Gulf while assigned under Task Force 56. The Mark VI replaced the less capable Riverine Command Boats previously assigned to Task Force 56.

Two craft were delivered to Coastal Riverine Group ONE in 2016 and were subsequently forward deployed to Guam in 2017. A third craft was deployed to Bahrain in 2018 to replace the Coastal Command Boat prototype craft, which was returned to the United States where it was deactivated and placed in long term storage. A third craft was deployed to Guam, rounding out the initial deployment of the craft. The forward deployed craft are manned by rotational crews from the Navy's Coastal Riverine Force. 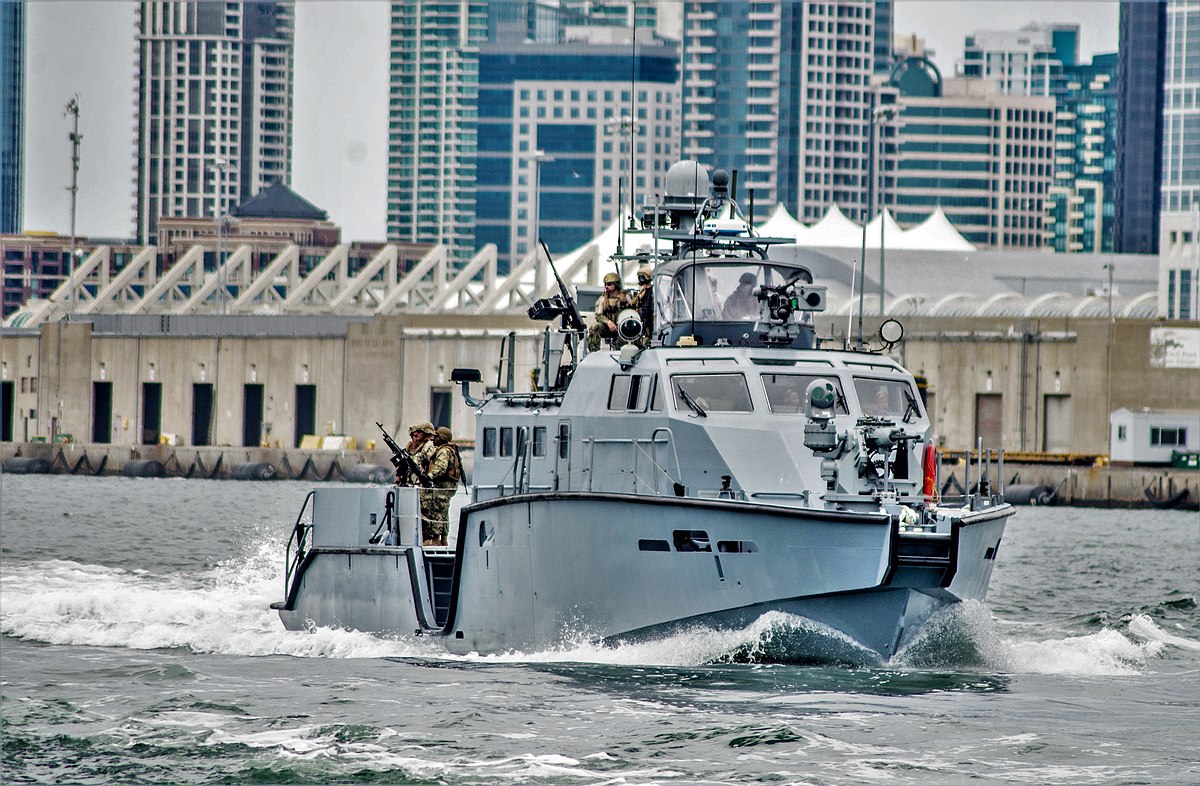 This file is a work of a sailor or employee of the U.S. Navy, taken or made as part of that person's official duties. As a work of the U.S. federal government, it is in the public domain in the United States.

The Mark VI patrol boat is built by SAFE Boats International. It represents a shift in Navy focus from Cold War-era blue water engagements to placing importance on brown water littoral zone operations. Designed to replace the legacy Riverine Command Boat for open water and near shore operations, the Mark VI is larger, more survivable, and better equipped with modernized weapons, communications, and intelligence, surveillance and reconnaissance systems. Despite the name the craft is not a replacement for the MK V SOC which was operated by Special Warfare Combatant Crewmen from 1998-2012 in a Special Operations role.

The Mark VI is 84.8 ft (25.8 m) long,[9] significantly longer than previous classes of Navy patrol boats. It has a crew of 10 sailors and can carry 8 additional personnel. The interior is spacious, with berthing for the crew and shock-absorbing seats for other occupants; the seats and sound deadening berthing spaces and galley allow the crew to operate in relatively high sea states while attenuating crew fatigue and risk of injury. The boats are fully networked with a command, control, communication and computing, surveillance and intelligence (C4SI) suite for enhanced situational awareness, survivability, and multi-mission support which includes flat screen monitors mounted throughout the ship. Payloads can be configured to fulfill missions ranging from mine hunting to defending against swarm boat attacks.

Standard armament consists of two remote-controlled Mk 38 Mod 2 25 mm chain guns and six crewed M2 .50 caliber machine guns. Depending on mission needs, gun mounts can hold M240 machine guns, M134 miniguns, and Mk 19 grenade launchers. The Mark VI is equipped with the MK50 Gun Weapon System (GWS), a shipboard version of the vehicle-mounted M153 CROWS remote turret that enables crewmen to use its camera and gun from the operator's station below deck.[10] It is also planned to mount guided missiles such as the BGM-176B Griffin. Advanced lightweight armor plating is installed around key elements such as the crew compartment, engines and fuel tanks. 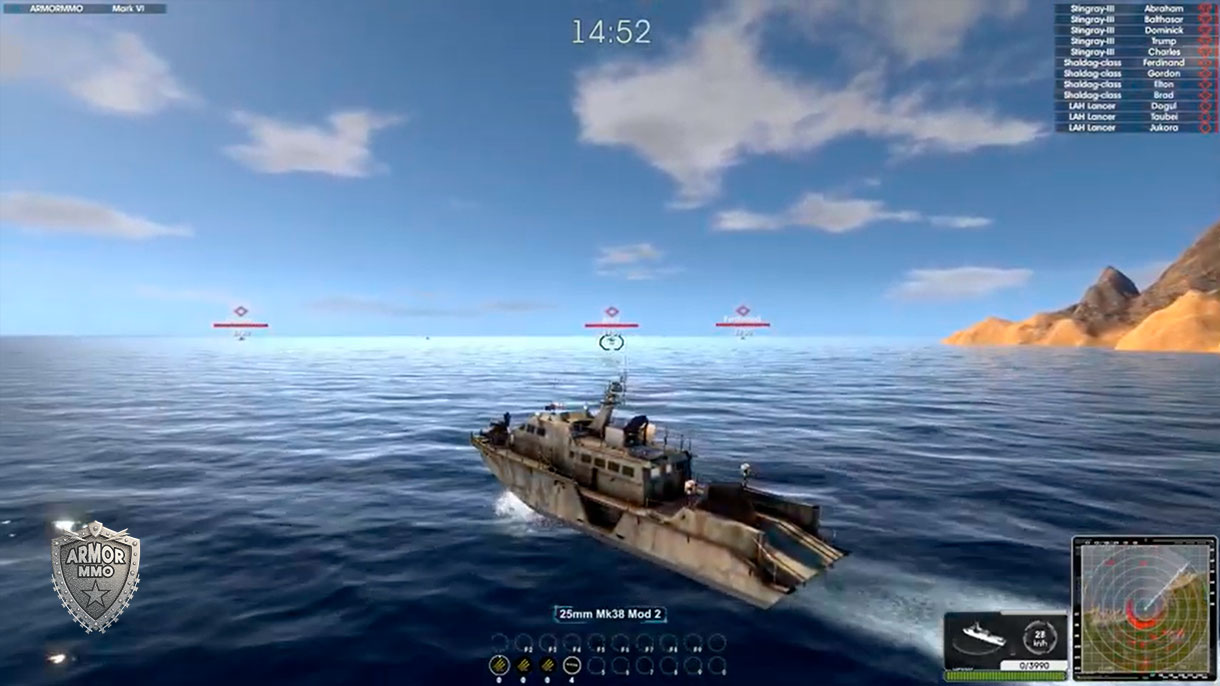 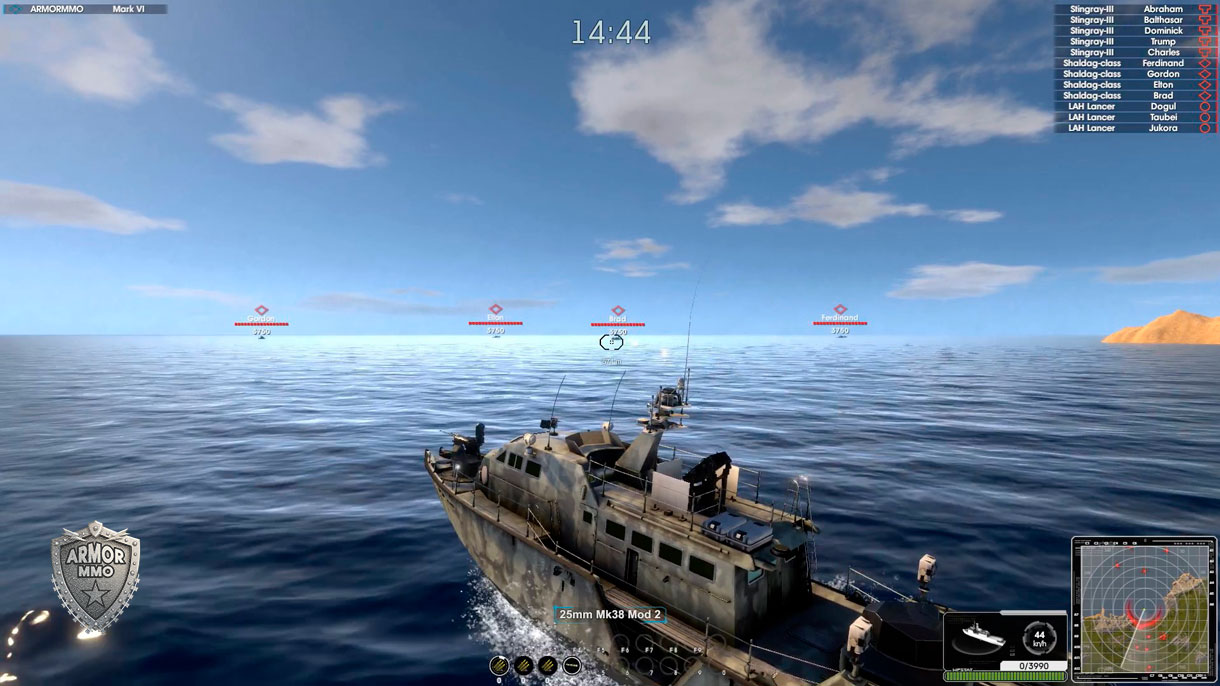 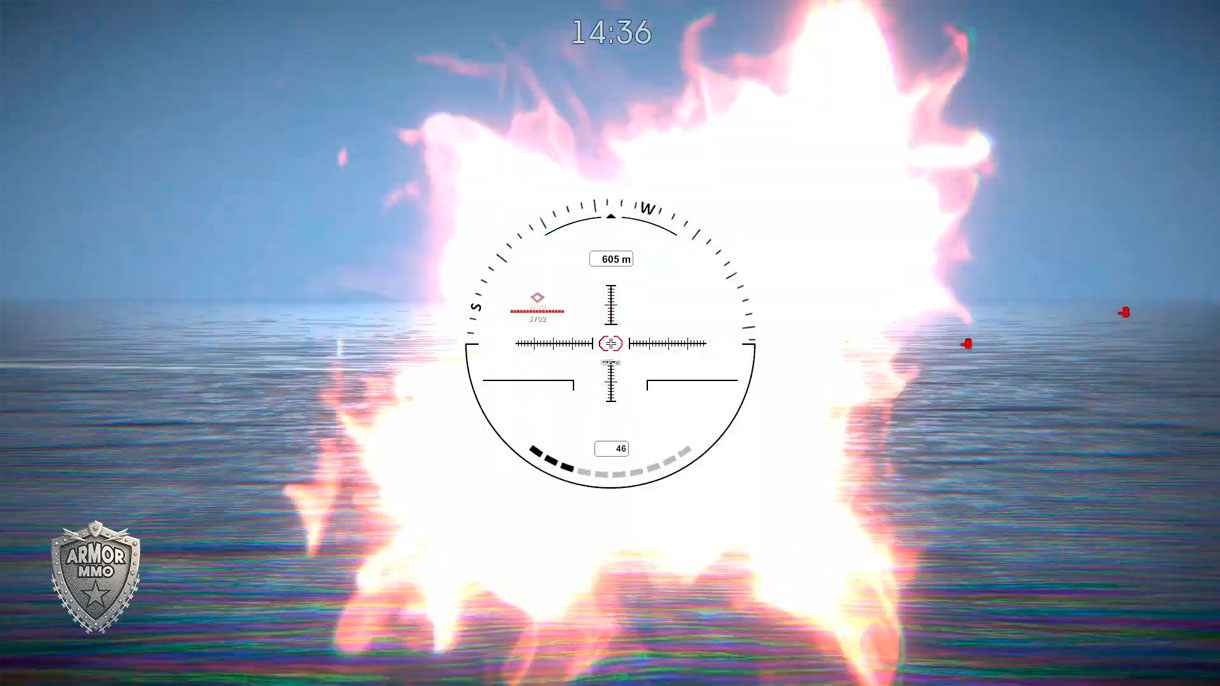 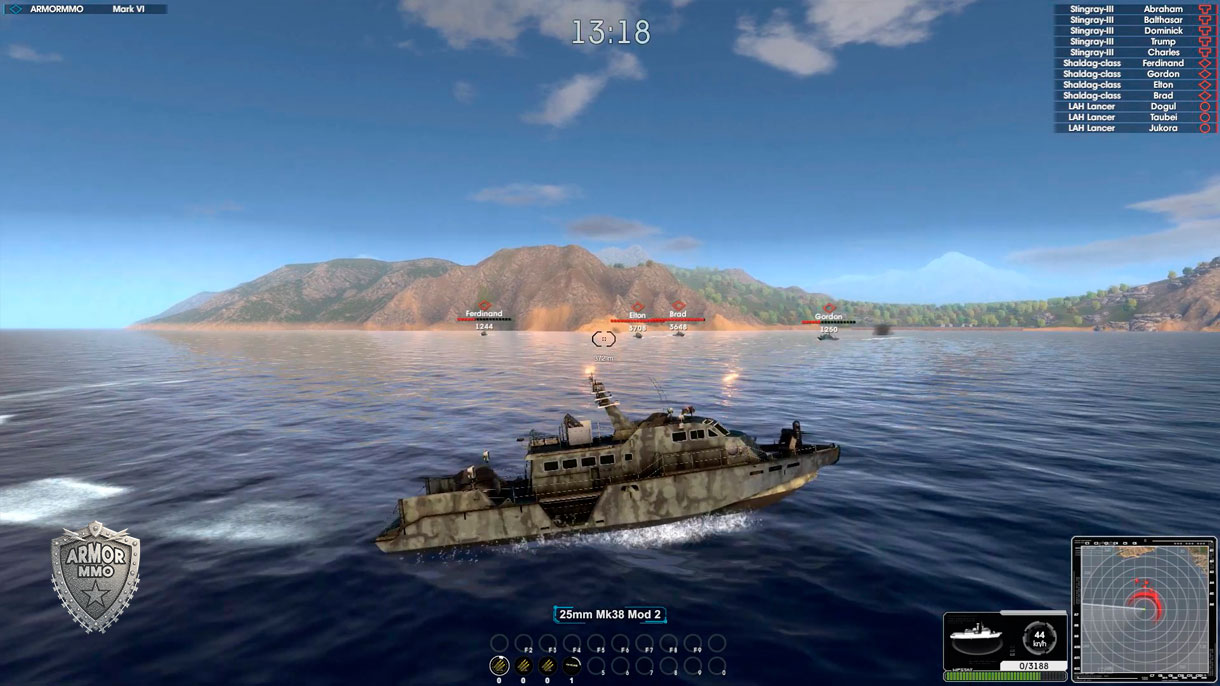 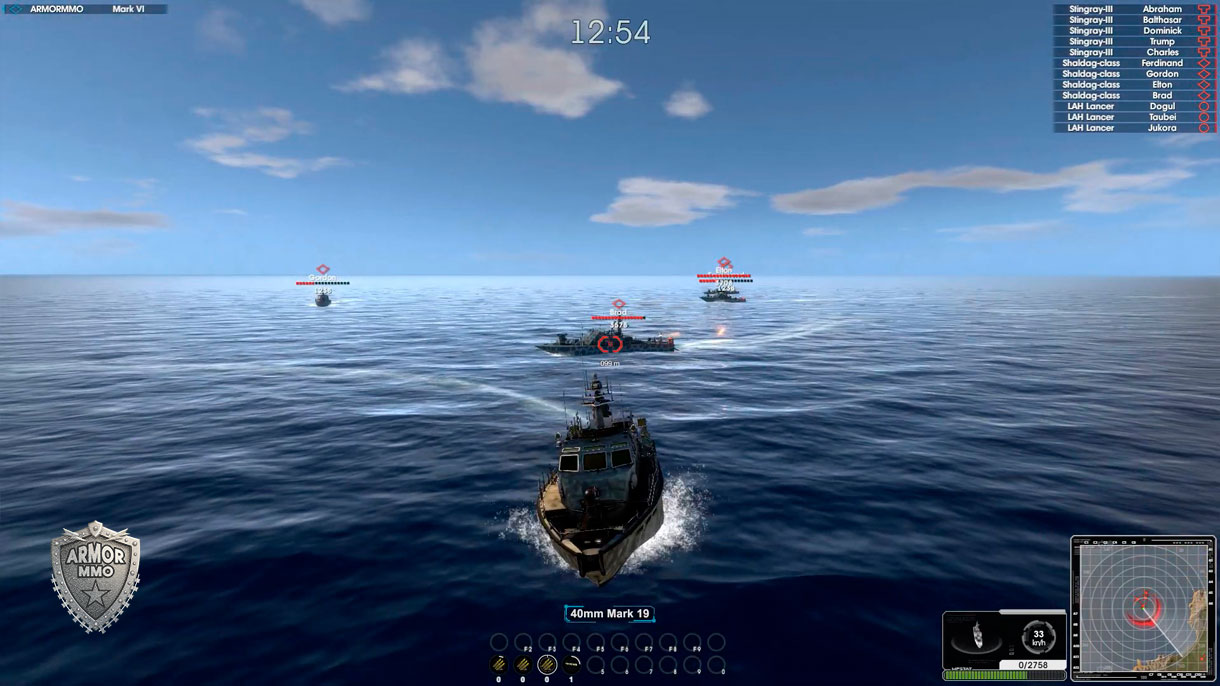 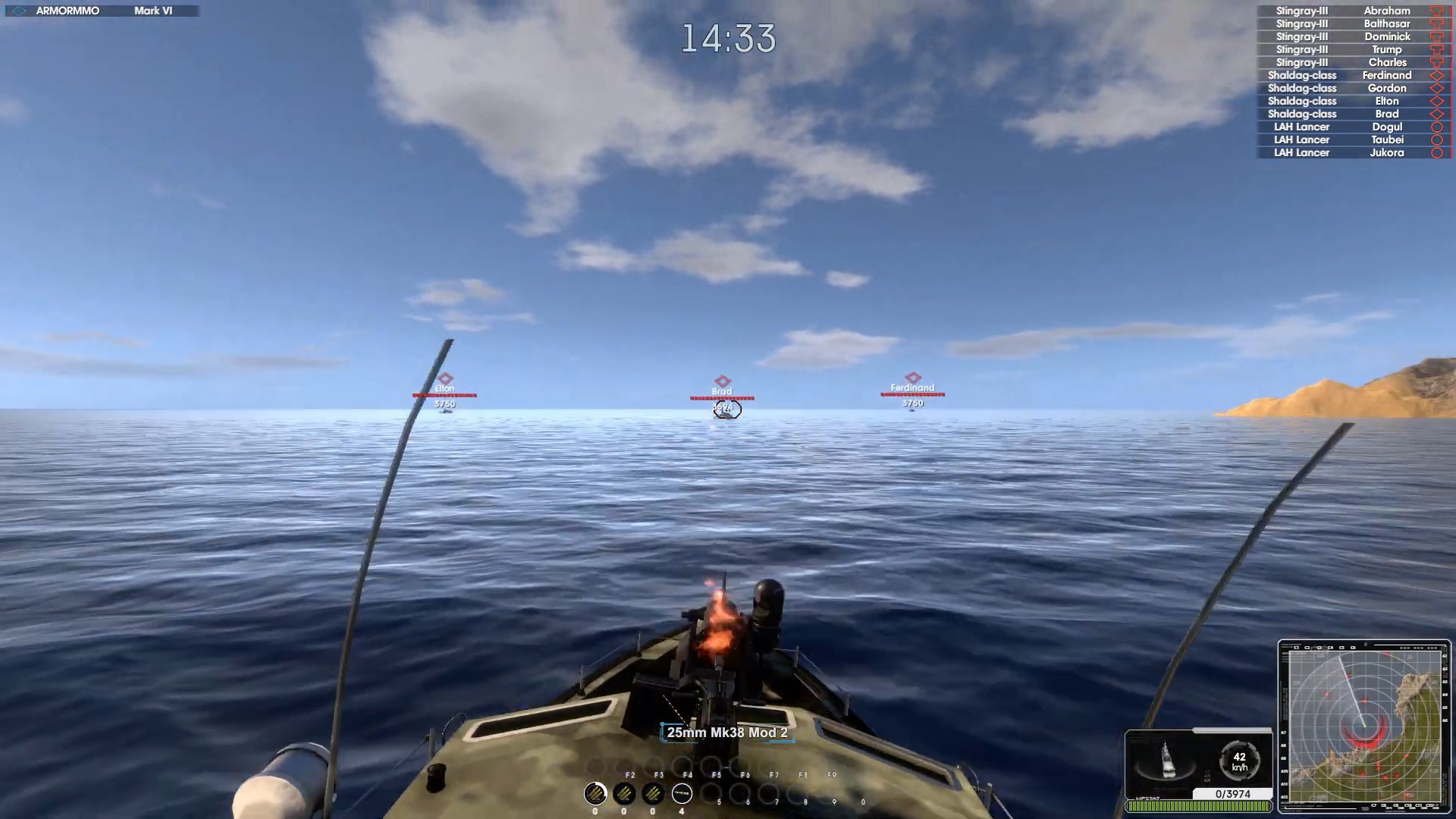