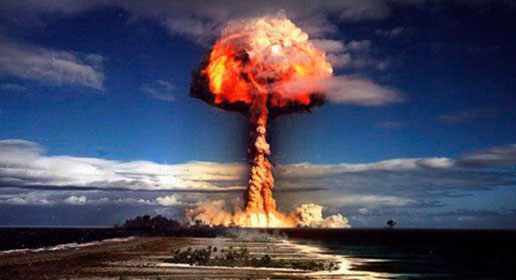 Today the World celebrates the International Day against Nuclear Tests approved by the UN General Assembly in December 2009. This date is designed to intensify the efforts of the UN, the world’s States, intergovernmental and non-governmental organizations in the cessation of nuclear tests. This is a necessary condition for the creation of a safe world.

Since the mid – 20th century – since the beginning of nuclear weapons tests-there have been almost two thousand. The devastating effects of the tests on human lives, not to mention the radioactive fallout from atmospheric tests, have received little attention. Experience and history have shown us the terrible and tragic consequences of nuclear weapons tests, especially when they have got out of control, and modern nuclear weapons are far more powerful and destructive.

In may 2010, all States parties to the Treaty on the non-proliferation of nuclear weapons pledged to work together to strive for security in a nuclear-weapon-free world and described the ban on nuclear testing as a “vital task”.