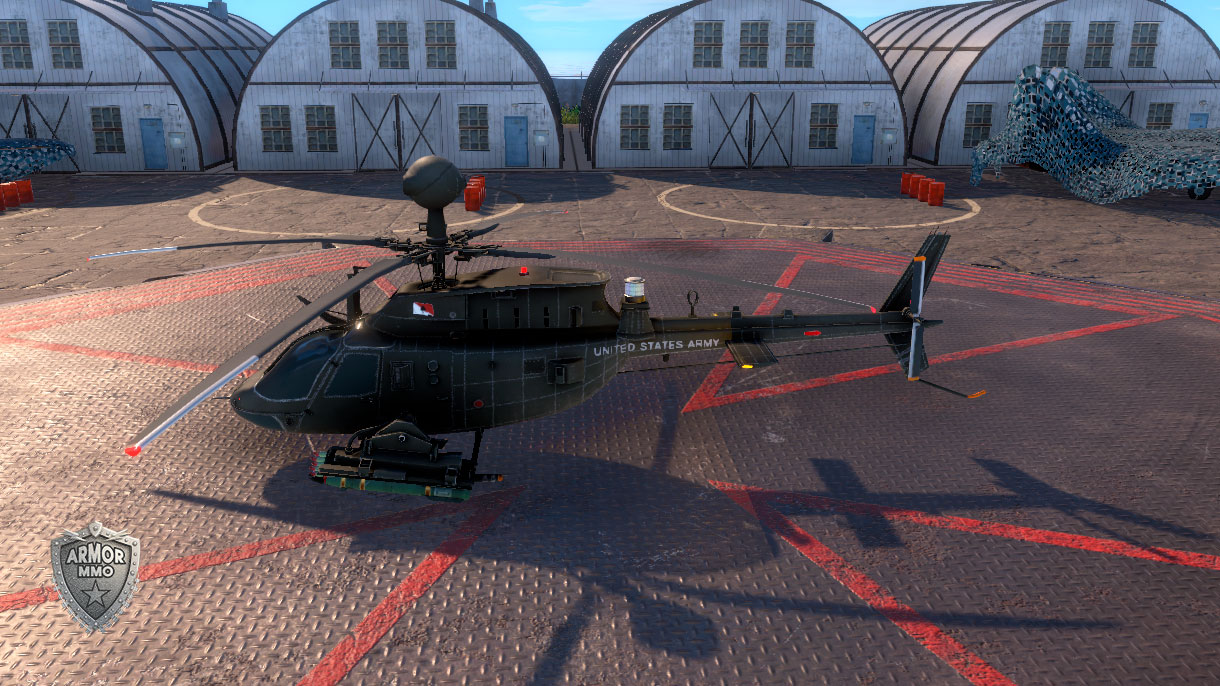 The Bell OH-58 Kiowa is a family of single-engine, single-rotor, military helicopters used for observation, utility, and direct fire support. Bell Helicopter manufactured the OH-58 for the United States Army based on its Model 206A JetRanger helicopter. The OH-58 was in continuous U.S. Army service from 1969 to 2017, when it was replaced in these roles by the Boeing AH-64 Apache and Eurocopter UH-72 Lakota.

The latest model, the OH-58D Kiowa Warrior, is primarily operated in an armed reconnaissance role in support of ground troops. The OH-58 has been exported to Austria, Canada, Croatia, the Dominican Republic, Taiwan, Saudi Arabia, and Greece. It has also been produced under license in Australia. 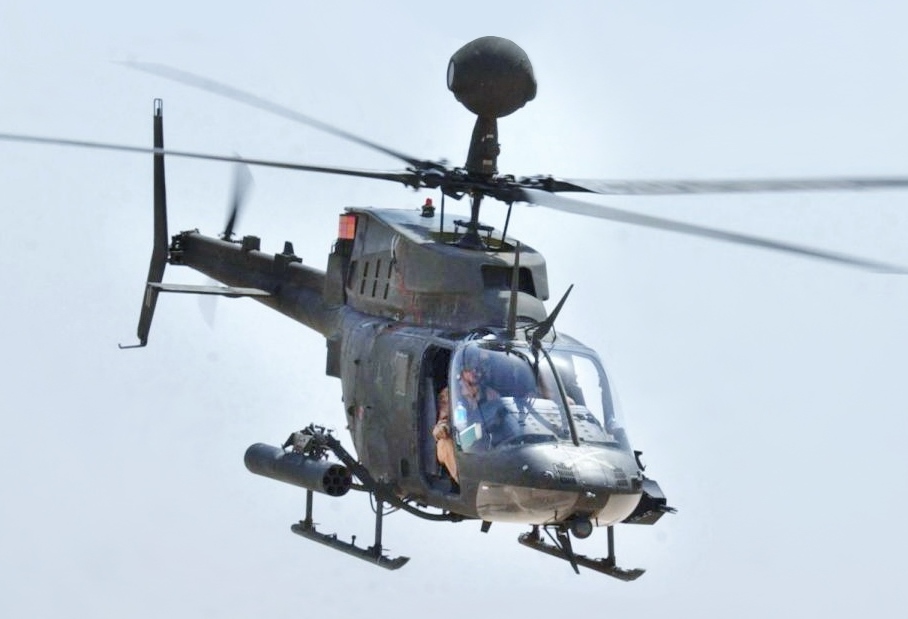 This image is a work of a U.S. Army soldier or employee, taken or made as part of that person's official duties. As a work of the U.S. federal government, the image is in the public domain.

On 14 October 1960, the United States Navy asked 25 helicopter manufacturers on behalf of the Army for proposals for a Light Observation Helicopter (LOH). Bell Helicopter entered the competition along with 12 other manufacturers, including Hiller Aircraft and Hughes Tool Co., Aircraft Division. Bell submitted the D-250 design, which would be designated as the YHO-4. On 19 May 1961, Bell and Hiller were announced as winners of the design competition.

Bell developed the D-250 design into the Model 206 aircraft, with the HO-4 designation being changed to YOH-4A in 1962, and produced five prototype aircraft for the Army's test and evaluation phase. The first prototype flew on 8 December 1962. The YOH-4A also became known as the Ugly Duckling in comparison to the other contending aircraft.[8] Following a flyoff of the Bell, Hughes and Fairchild-Hiller prototypes, the Hughes OH-6 Cayuse was selected in May 1965.

The OH-58D introduced the most distinctive feature of the Kiowa family — the Mast Mounted Sight (MMS), which resembles a beach ball perched above the rotor system. The MMS by Ball Aerospace & Technologies has a gyro-stabilized platform containing a television system (TVS), a thermal imaging system (TIS), and a laser range finder/designator (LRF/D). These new features gave the aircraft the additional mission capability of target acquisition and laser designation in day or night, limited-visibility and adverse weather.

The Mast Mounted Sight system was developed by the McDonnell Douglas Corp. in Huntington Beach, CA. Production took place primarily at facilities in Monrovia, CA. As a result of a merger with Boeing, and a later sale of the business unit, the program is currently owned and managed by DRS Technologies, with engineering support based in Cypress, CA, and production support taking place in Melbourne, FL. 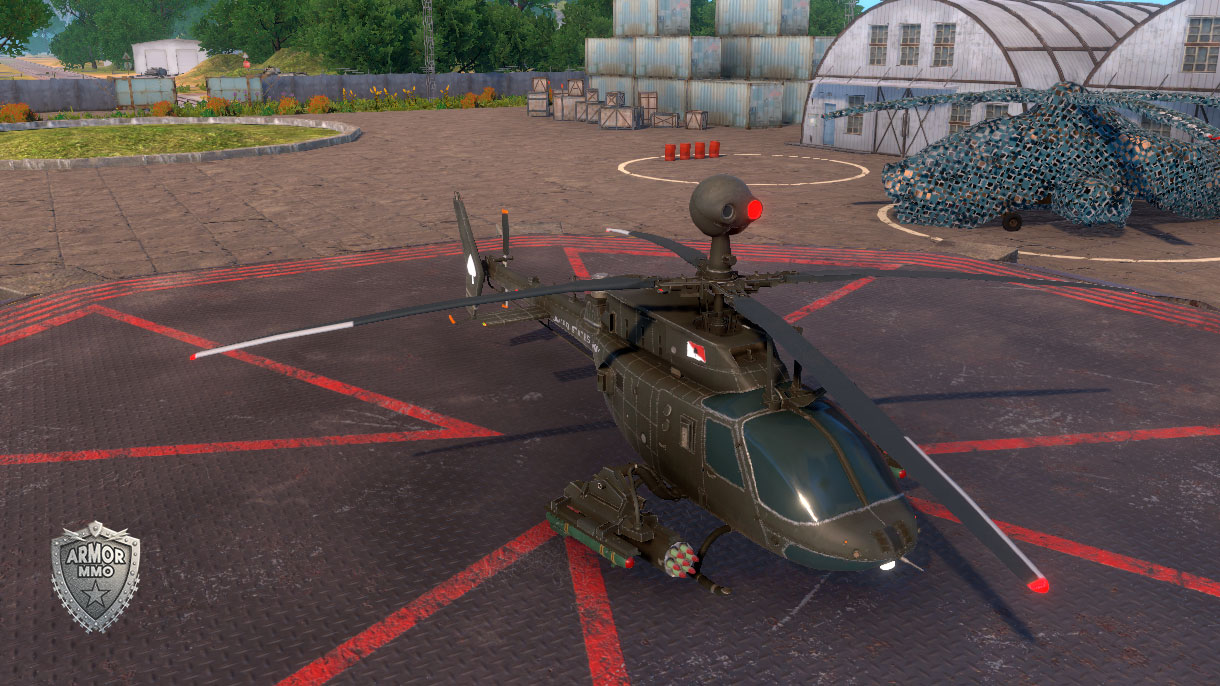 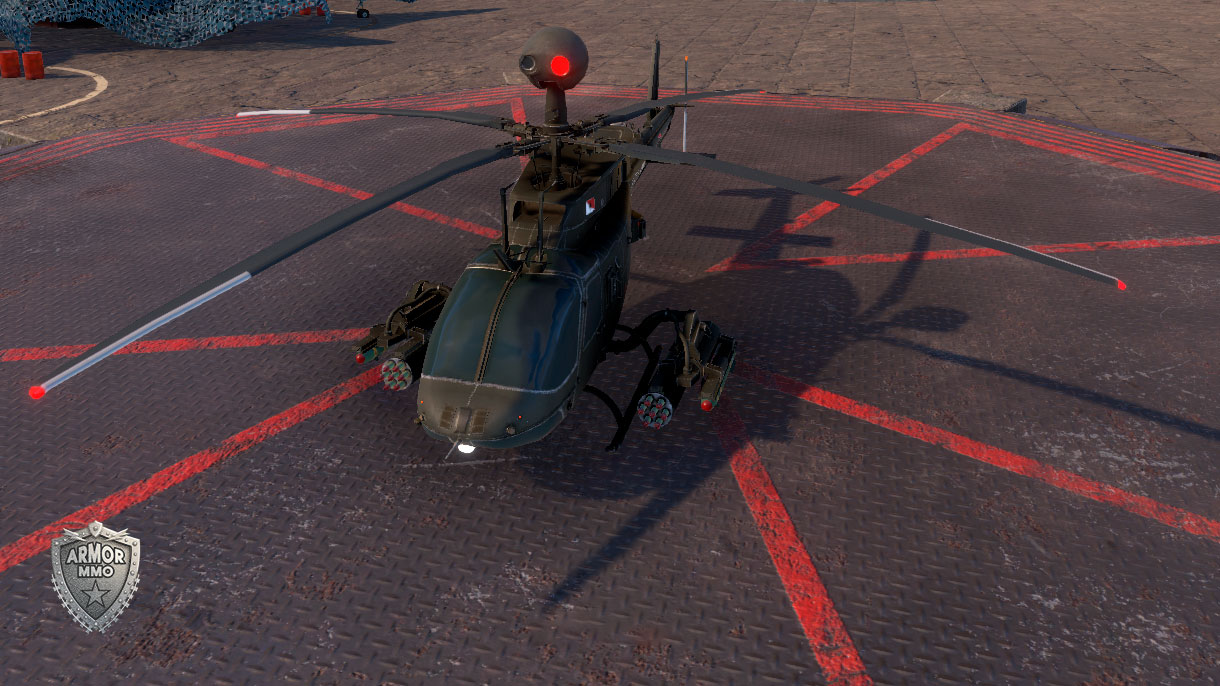 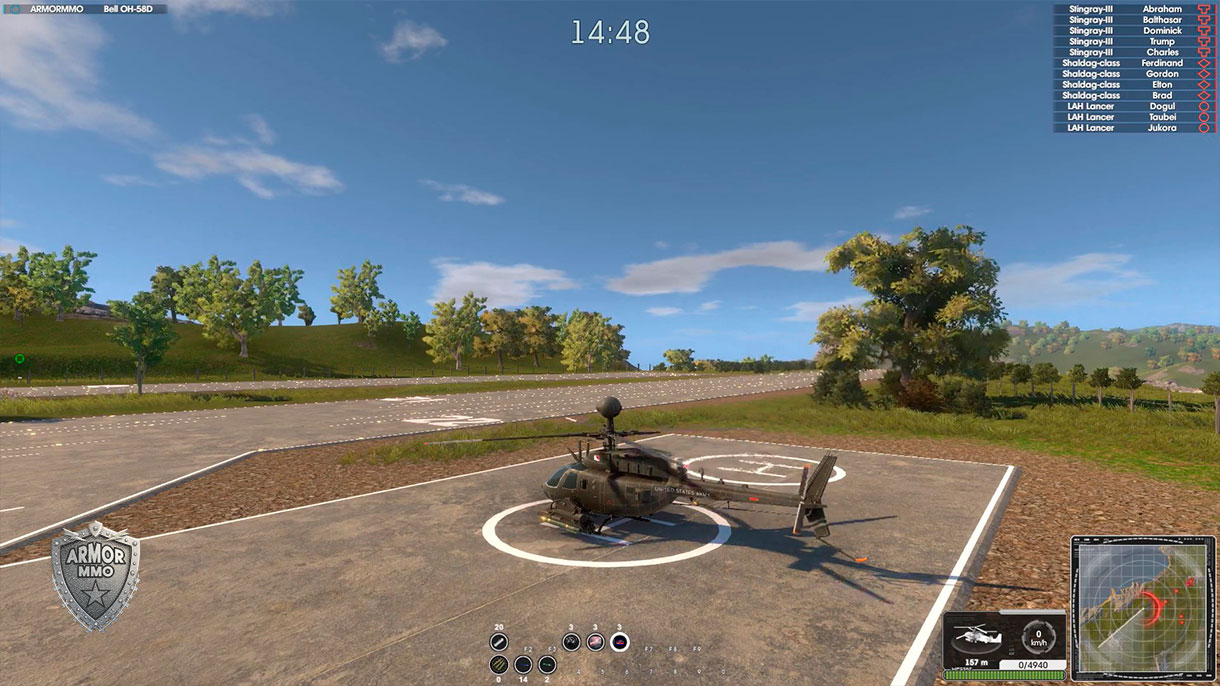 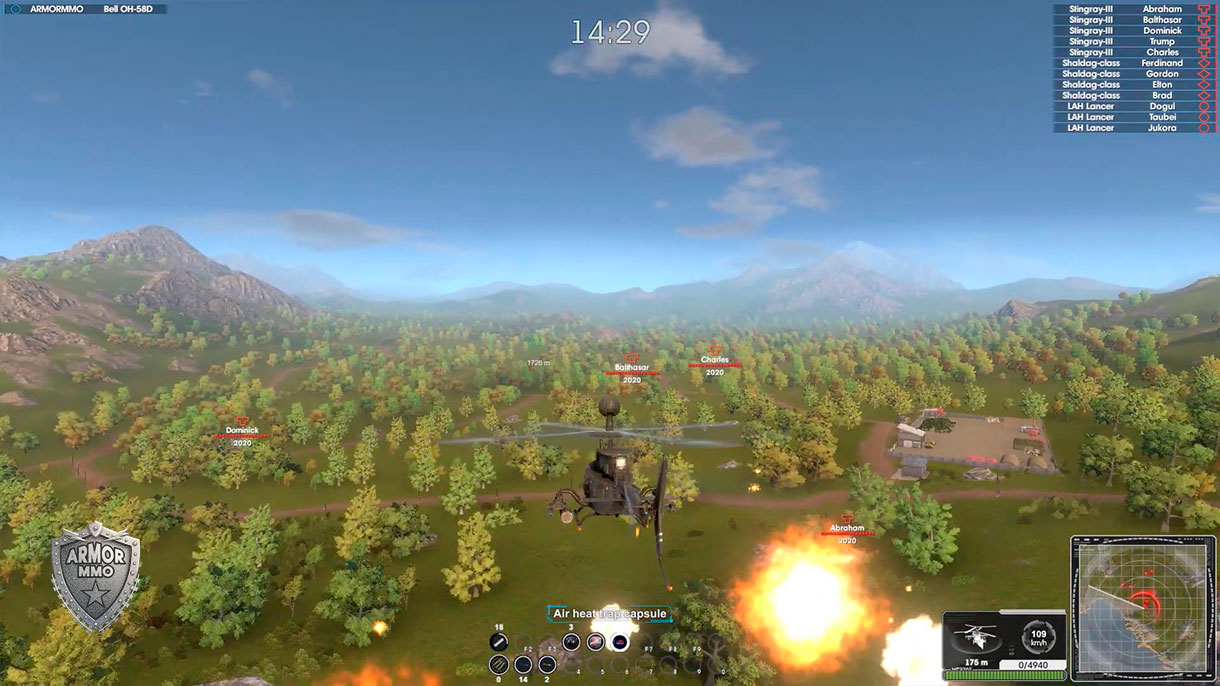 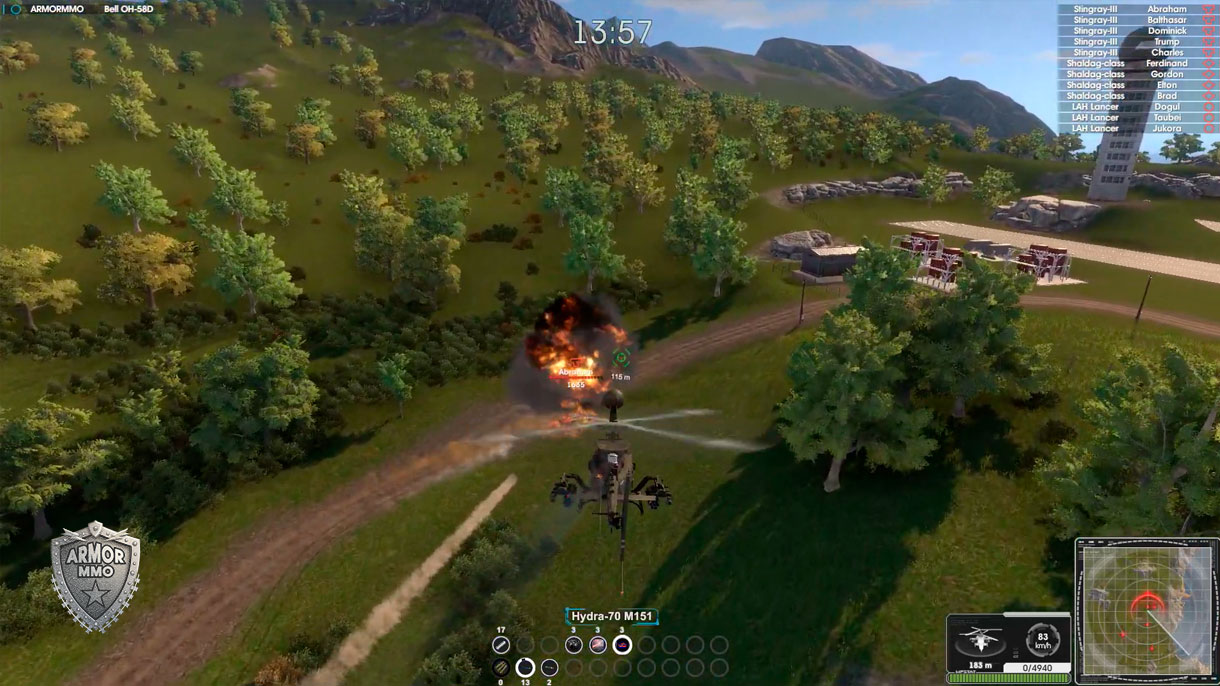 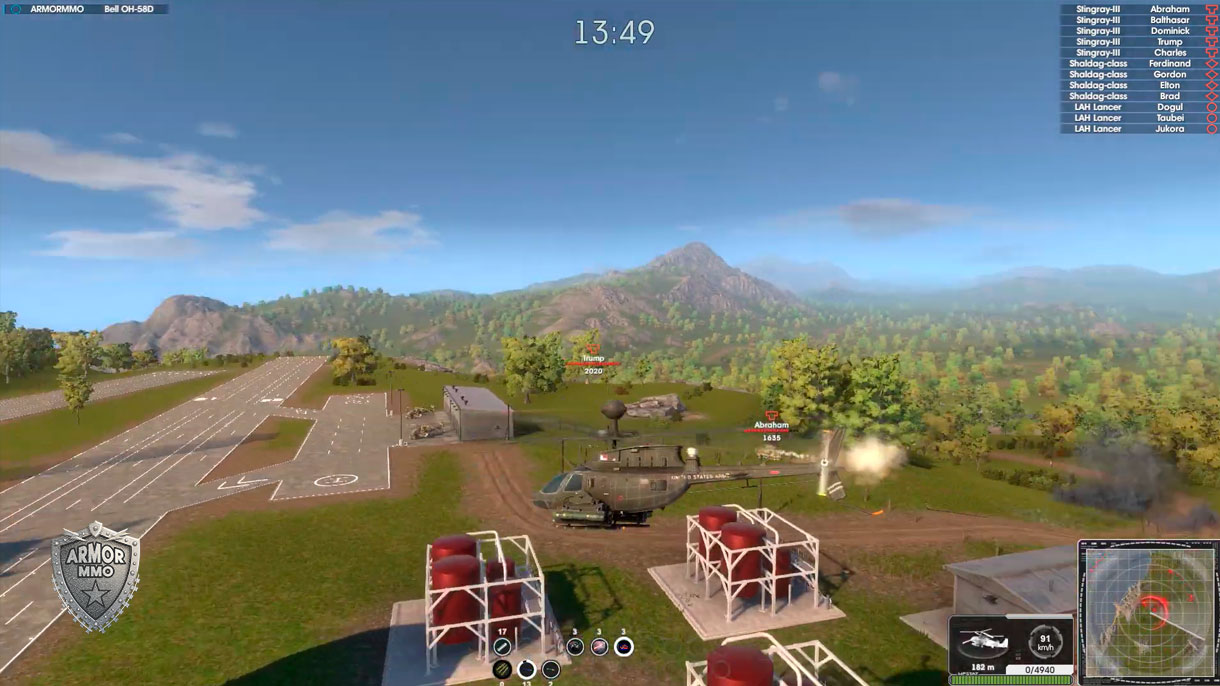 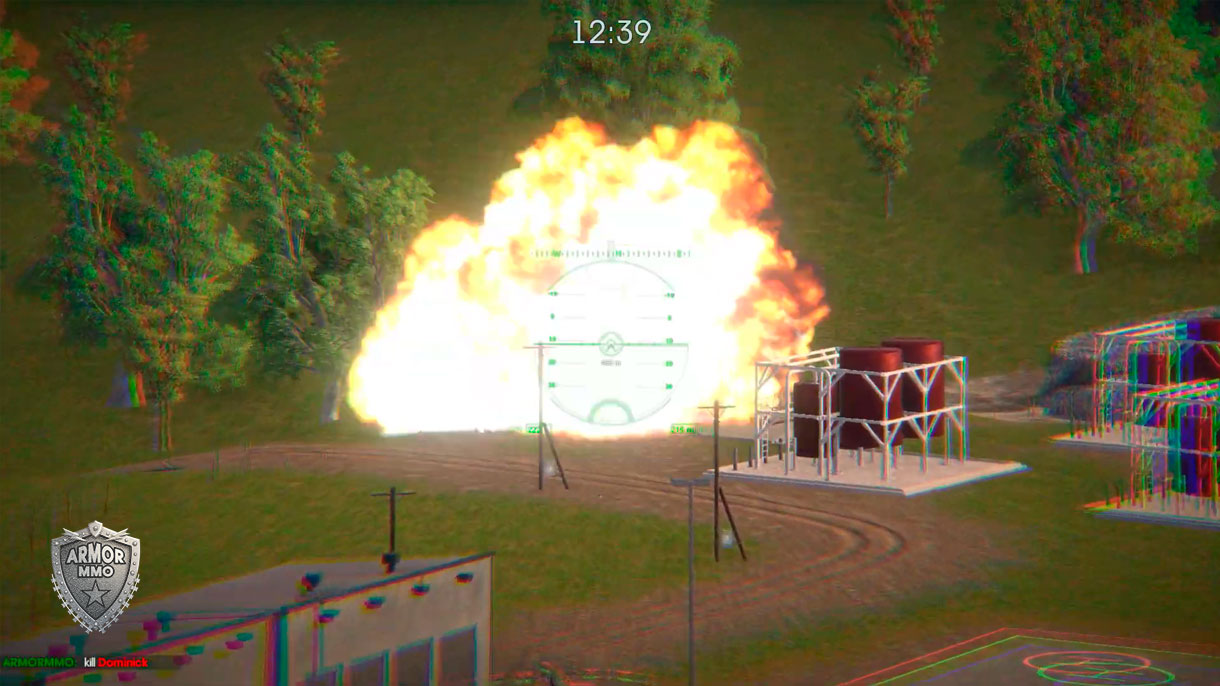 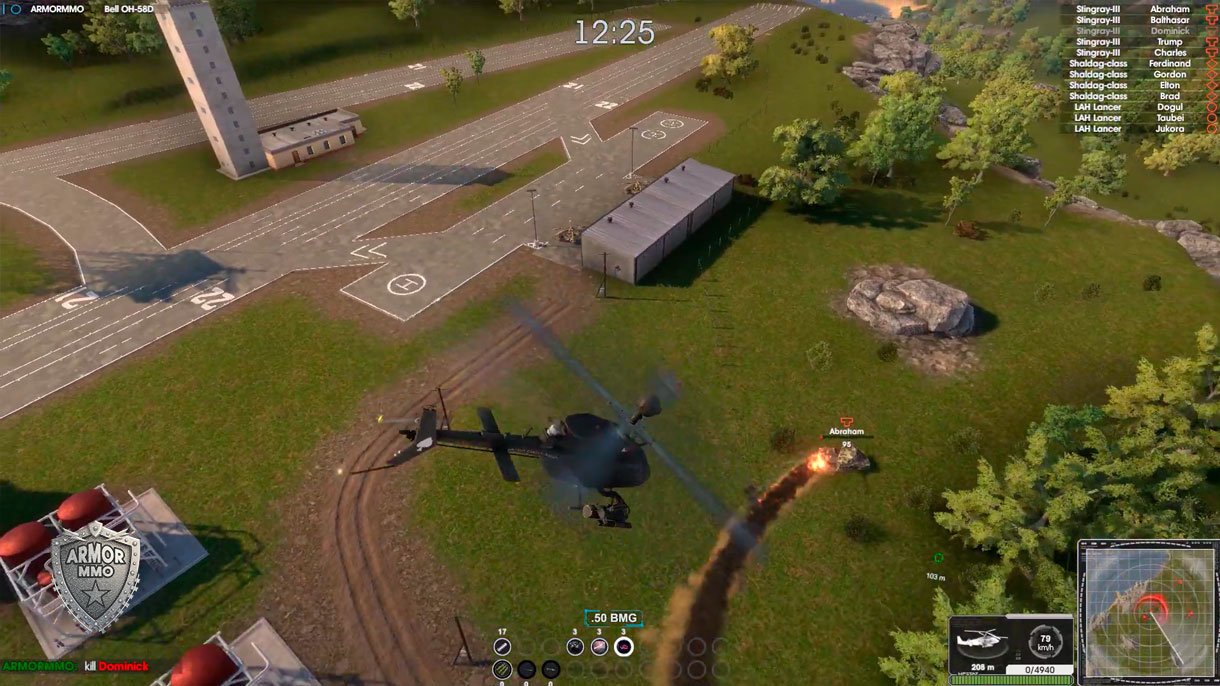